The Arc Greater Columbia County is nationally known for providing advocacy to adults with intellectual and developmental disabilities. We are affiliated at both the National and State Level.

Our local chapter in Portage has been in operation since 1966. We have 3 main areas of service which are hosting monthly Adult Social Club Activities, Special Olympics and our largest service area is providing Residential Care; Independent Living, Adult Family Home and a Community Based Residential Facility.

The Arc of Columbia County shall exist to work for the well-being of all persons with developmental and related disabilities, regardless of race, creed or color, by promoting quality of life through the advocacy for education of people with disabilities, improvement of and maintenance of social development opportunities, and increasing public awareness.

Where individuals of the greater Columbia County area can prosper with opportunities and acceptance for all to be employed, to be engaged citizens, to live in the most integrated and appropriate environment, to receive good education/training, and to receive ongoing support with full community inclusion.

Written by Dorothy Balliet for the Twenty-Fifth Anniversary- August 18, 1991 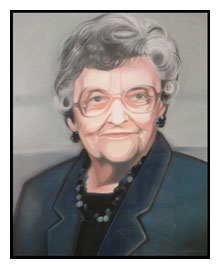 Much has happened in the past 25 years in the area of advocating services and supporting individuals who need or provide special care for handicapped persons. The name of the organization has been changed twice. The word “citizen” is now used in place of “children” indicating commitment to adults as well as children. Within this year the expression “cognitively disabled” will be used to further identify the persons needing special service.

In 1966, Emil Mravik, a member of the Portage Jaycees was chairman of the Wisconsin Jaycee’s Committee on Mental Health and Retardation. Emil worked with his local organization, the Jaycettes, and the Wisconsin ARC and soon found interested parents, teachers, and school administrators. These people were concerned and searching for support and help in developing awareness of needs both in the area of prevention and the promotion of programs that would help the handicapped to become productive members of the community.

On June 30, 1966 the charter for Columbia County Association for Retarded Children was issued making the chapter an official part of the Wisconsin organization.

Organizational activities were continued; committees were appointed and monthly meetings were held in different parts of the county. Attention was given to fund raising and membership recruitment. Thirty five members were present at the August 10 meeting. David Eulberg was appointed State Director to represent Columbia County at Wisconsin ARC.

In the early years the organization was very active in promoting legislation to provide services, in supporting teachers and parents, conducting summer programs, sponsoring recreational activities, and learning more about the needs of retarded citizens.

The Wm. J. Eulberg scholarship fund was established in 1967. Twenty five scholarships have been issued to perspective teachers in one of the areas of special education.

As the organization grew and matured, contracts to provide services have been made with Columbia County Human Services Department. Programs include group homes, sheltered apartments, and support in the area of daily living skills. Lake Place, the first of the group home, was purchased in 1984. The present staff for the various programs includes 19 full and part time employees. Four executive directors: Bonnie Dill, Char Brereton, Sue Williams and Patricia Westby have been employed. Arlette Breneman has served as business manager for eleven years.

Recreational activities are an important part of the CCARC program. A gift of $1,000.00 from Karen Klade was used to establish the Adult Social Club. Sixty five club members continue to enjoy a social function each month. Activities range from dinner theater to athletics events. In addition to parties, picnics, and Special Olympics, organized bowling is offered twice each month. Joan Kutzke, chairperson of the present executive board, organizes and promotes the bowling program.

CCARC will celebrate its 25th anniversary on Sunday, August 18 with a social hour and dinner at Trails Lounge. The anniversary celebration is geared towards charter members and organizers, plus former and present officers and board members. Written by Dorothy Balliet